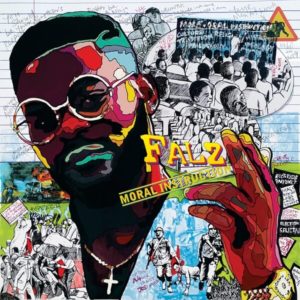 “Johnny” is actually the lead single of his recently released album “Moral Instruction”.

The song which is produced by Sess, talks about someone who is new to the environment and trying to cope in one way or the other.

His new album comprises of 9 tracks with features from the likes of Demmie Vee and Chillz. Stream here.

Listen to Johnny by Falz and tell us what you think!