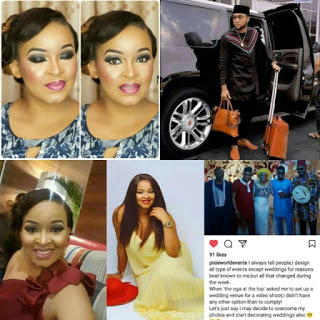 Here’s Ijeoma, the beautiful wife to the Five star music general, Kcee. They got married in 2010.


Little or nothing is known about Kcee’s gorgeous wife, Ijeoma, who he proposed to in a hot air balloon in 2010. Of course the traditional wedding held in Anambra state and a court wedding was held at the Apapa registry.

Moreover, Ijeoma Okonkwo has never been seen in public with him but when Kcee was asked in an interview by PUNCH about his marital status and why he denied being married, he said:

“Most times, I don’t like talking about marriage because it is a private issue. But to clear the air, I never said I was married or not. The person that did the interview made a mistake. They asked a simple question about a wedding in Lekki some years back and I told them it was not my wedding, it was E-Money’s wedding.” 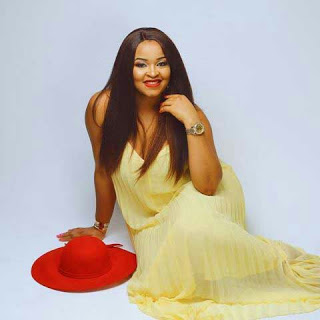 Also it was noted by YBL, that Kcee who has over 1.6million followers, 4,509 photos including videos onn instagram, Ijeoma’s photo has never appeared. He is following only 2065 but not his wife. 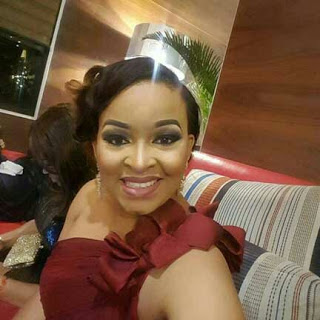 It was also said that Ijeoma has 1,167 followers, 232 photos including videos and a following of 227, but her husband is excluded!

However, the closest online intimacy she has shown towards Kcee was she posted a scene she decorated for one of his video shoot, referring to him as ‘Oga at the top’ in the caption.

Ijeoma, who runs Pixieworlevents, is quite shy of any public appearance. She also posted one of her pictures on instagram recently. 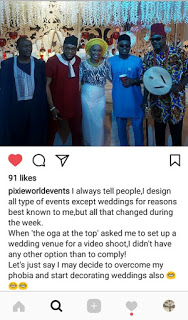