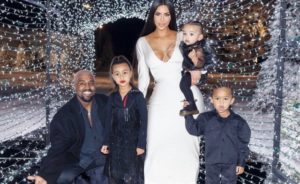 Reality tv star, Kim Kardashian have confirmed that she and her partner, Kanye West are expecting their fourth child.

Kim made it known that she’s expecting a boy child via surrogate. She appeared on What Happens Life alongside Khloe and Kourtney where she told host, Andy Cohen that she and Kanye are expecting their fourth child sometime soon while also saying that it’s a boy.