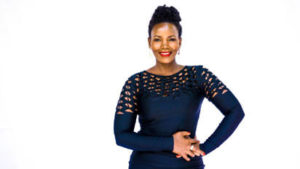 Kenyan actress, Ruth Ndulu Maingi has finally made her debut into the nollywood movie industry.

The beautiful and curvy actress gets her first role in nollywood in Lancelot Imasuen’s latest flick “Family First”, a family movie that intends to foster love among family members. Maingi starred alongside Ik Ogbonna who dumped her for an oldr Nigerian woman, (Monalisa Chinda – Coker) in the yet to be released flick.

Maingi is a popular Kenyan actress, producer and dancer born on May 22, 1983.

She studied dance and movement at Kenyan performing art school.

Maingi has starred in several television shows and movies such as 18hrs, Sink or Swim, Th Marshal of Finland, Orphan, The distant boat, The next film maker and many others.