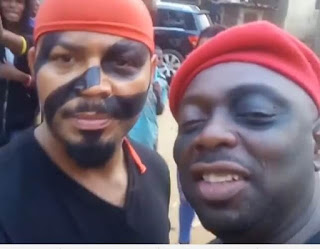 After 25 years of playing out a role as Jeff Akin Thomas in “Fortunes”, Ramsey Nouah returns back with another role in Imoh Umoren’s new series “Oghenekome”.


The veteran actors, Ramsey Nouah and Segun Arinze are set to return back to the screen with another thriller series, “Oghenekome”.

According to the director of the new tv series, Imo Umoren revealed that “Oghenekome” is one of the hardest things he has ever directed. He also added that his brain refused to function days after he finished the shoot of the series.

He made this known on his social media page while posting a short clip from the series.

Watch the preview below: