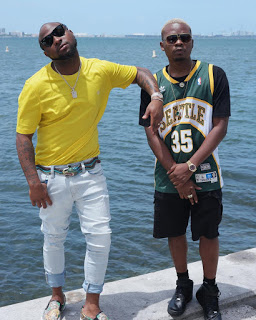 There is tension in the camp of Davido and Olamide as their producers, Kiddominant and Young John are at logger heads with each other.

It all started when Young John was given the award at the Soundcity MVP award, something of which Kiddominant believes should be his own after producing a lot of hit singles for Davido.

Kiddominant had called out the organisers of the award for giving the award to the person who doesn’t deserve it as much as he does.

This made Young John to come out openly on social media and call himself ‘number one’ while asking all parties involved to go and kill themselves.

Of course it was met with a reply from Kiddominant who also called him back a pig.

See their conversations below: 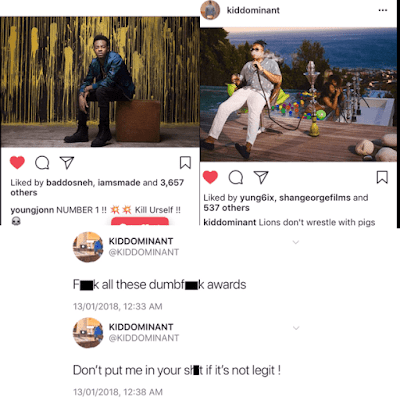