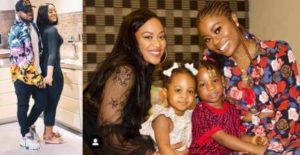 Davido’s girlfriend, Chioma has been quiet on Instagram and that led to us checking her up to see what’s happening…we discovered that her page was no where to be found.

Although, Chioma was a very quiet person until Davido made her pubic where he dedicated a song “Assurance” to her and also accompanied it with a brand new Porsche car.

Chioma’s romantic relationship with Davido, began to get her millions of followers and also multi million naira endorsement deal for her cooking show.

However, it was surprisingly noticed that her verified Instagram account @thechefchi has been deleted from the social media platform.

Recall that Chioma had revealed on christmas day via her insta story that it was her worst day ever while her boyfriend Davido partied hard in Owerri.

The two love birds seems to be cool after they reunited for Davido concert on December 27 where the singer brought her up on stage during his performance. 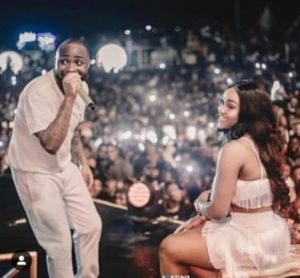 Not too long, Davido shared a photo of his baby mamas on his page where he hailed them for coming together for the sake of their kids. 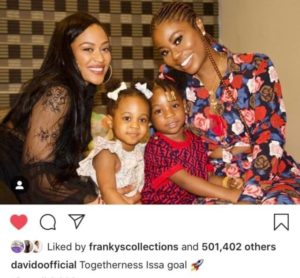 And shortly after the post, it was noticed the Chioma’s account is no where to be found.

Ever since her page has been deleted, there have different opinion from online users, some think that Davido posting his baby mamas on Instagram is an indication that all may not be well with his relationship and some have even said that Chioma going off is like trying to save herself some embarrassment.