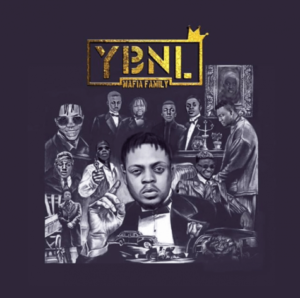 The head of the crew, Olamide had shared the tracklist for the upcoming album.

The ‘YBNL Mafia Family album consist of 14 tracks with features from artistes from the lable such as Yomi Blaze, Picazo Rhap, Fireboy, Limerick, Lyta, Dj Enimoney, Davolee and so on.

The album also features other stars outside the label such as LK Kuddy, Kizz Daniel and Kranium.

It also gets production from Pheelz with additional help from Killertunes, 2Kris, and Cracker Mallo.